“Why do you want to teach?” asked our instructor. One of my classmates answered, “Because it’s a challenge!” Our instructor nodded, “Okay.” Another blurted out “For passion.” “Yeah, for passion”, our instructor repeated.

Sitting there and hearing their conversation, few minutes later, I realized that their voices had suddenly shrunk. I felt like my surrounding had been muted. My thoughts began to wander somewhere I hadn’t yet figured. I was mentally miles away from our class.

The sun was shining brightly outside. I chose to sit near the window. I could see a little blue sky. It was such a hopeful view that dismissed the idea of raining that day- first day of class.

I took a deep breath. I noticed being a little bit dismayed. I did not hear any bird. Why would I? The window was closed. It needed be otherwise, the air-con will get out. Haha!

Why would I teach, in the first place? Is it for money? God has had me employed. In fact, I used His pay to get myself enrolled. Is it for being a career-oriented person? Well, one of my widow friends said that homemaking is a career, too. So, why would I?

I geared myself toward introspection as my favorite habit had been. I knew I had reasons. I just could not organize them yet. Maybe I’m scared that sitting inside that class was happening during my sleep. Perhaps I was only dreaming when the sun was shining brightly outside and the sky was blue. When I was dismayed that I didn’t hear any sound from the birds.

I knew this is one of those that I want accomplished and crash out my wish list. And that moment there, near the widow, staring at nowhere, I had no plans of letting the surreal dream go. Very redundant.

The year was 2004. I was supposed to enroll for the second semester. I was taking a bachelor’s degree in engineering which majored electronics and communications. Just a moment by the way, please don’t expect too much. You might just get disappointed. It’s one of the lessons I learned in life. The more you expect the greater your disappointments are. So please.

I had just tasted the bittersweet one and a half years of engineering in USEP (University of Southeastern Philippines). I would say that our professors/engineers were top notched. But I couldn’t really fit my average brain in that department. Guess I was done pretending right then. I knew that my heart did not belong there. I knew it from the start.

So I went to the College of Education. I inquired what to do to shift course. A lady clerk said, “Go there!” like pointing me to nowhere. I did not make any clarifications. I was too shy to ask. I really had that very timid nature that just lets things happen rather than doing something about it.

So, I went to where I thought she was pointing. Unsure of what to do, I tried to find the “in charge” of the college shifters.

However, it was now two days of coming back and forth. Almost all my engineering classmates were enrolled. Others were busy dropping or adding subjects.

For the last time, I went to the building where the lady clerk had pointed. I saw some students there and finally found the courage to ask where the dean’s office was. They pointed me back to where I first met the lady clerk.

I hurried to the college’s office again. I was relieved when I saw the dean. I explained I wanted to shift course. She said they had limited slots and that I had to take the qualifying exam. She instructed me to go to the guidance office. It was just then that I realized that the guidance office was UGTO- meaning, University Guidance and Testing Office. “Fool!” I scolded myself.

I ran as fast as I could. It was lunchtime. They will surely close for break time. I run through past that hallway where a urine smell permeated the atmosphere. I think there was a comfort room near, somewhere. Adjacent was the CAS building. And I remember being disgusted while running past the hallway that connected the two buildings because I could still smell that bad odor. Was it a trademark?

I made my way up to that conspicuous concrete steps that led to the second floor of the CAS building. Upon seeing the glass door of UGTO, with adrenaline rush, I pushed it noisily that the guidance counselor glared at me.

I began to pale as she looked at me, but I was determined to shift course. I told her I’m so sorry and that I went there to take the exam for the limited slot of—

I was not able to continue speaking because a student suddenly came out from the door of an office where my back was facing. I almost jumped! But my surprise was immediately replaced with panic, fear and doom. The student, followed by another student and another student and so forth, passed some papers one-by-one to the guidance in charge.

I felt so cold when she told me that I came in too late. That that was the only exam scheduled and there were limited slots; strictly, only limited slots available.

With a painful smile, I told her thank you. Perhaps I’d be early next time.

I was heart-broken and shattered as I exited the guidance office. It crossed my head that I was chasing after the wind. I can’t spend the semester without going to school. I’d be damned by my relatives. And I don’t know how to explain to them how confuse I was during my college years.

With heavy shoulders I went down from the concrete steps and headed my way back to the perpendicular engineering building. I stared blankly at its five-storey. I cheered myself up. What is five years compared to a lifetime engineering title anyway? I decided to revert where I want to divert. I thought I’d learn to love it. I only wish I did.

I spent the next three and a half years of toil, sacrifice and heart-wrench in engineering. I don’t know if I still have a healthy circulatory system. I eventually finished the course, with mediocrity I suppose. But thank God! Half-heartedly earned the degree I admit, but I was glad I did. It was a good thing for sure, because looking back now, I would not have any “what ifs” nor those “if only” regrets even if I haven’t yet taken the licensure board.

Nine years later, just this November, one of my church mates had referred me at North Davao Colleges, Panabo. It’s quite a distance from where I live in Davao. I attend school every Sunday. I never hesitated to enroll. I thought that it was good news and God’s way of helping me fulfill my desire.

I didn’t mind my budget. I only knew that I want to earn the units. And at that moment when our professor asked “Why do you want to teach?”, the only thought that had run in my head when the sun was shining brightly outside and the sky was blue but I was dismayed that I didn’t hear the birds, was that pursuing a teaching career has always been my long-held nine-year old dream.

Back to Regular Musings 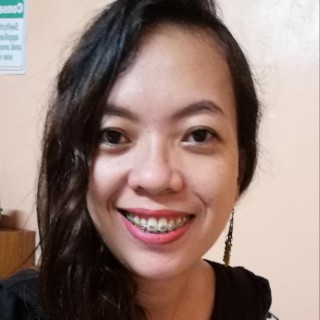